Last night was one of the worst battles in the history of the Crux Ansata. While in the end they did manage to win the day, it was not without heavy cost. Countless people died, some many times. Here is a recounting of the tragic events.

Firstly Charlotte Wellings led the guard to a crack in the wall located in the courtyard of Castle British. Instead of taking time to widen the hole so many could go through at once, she had the guard charge in single file. People who emerged on the other end were instantly cut down by big black creatures known as Creeper Mites. 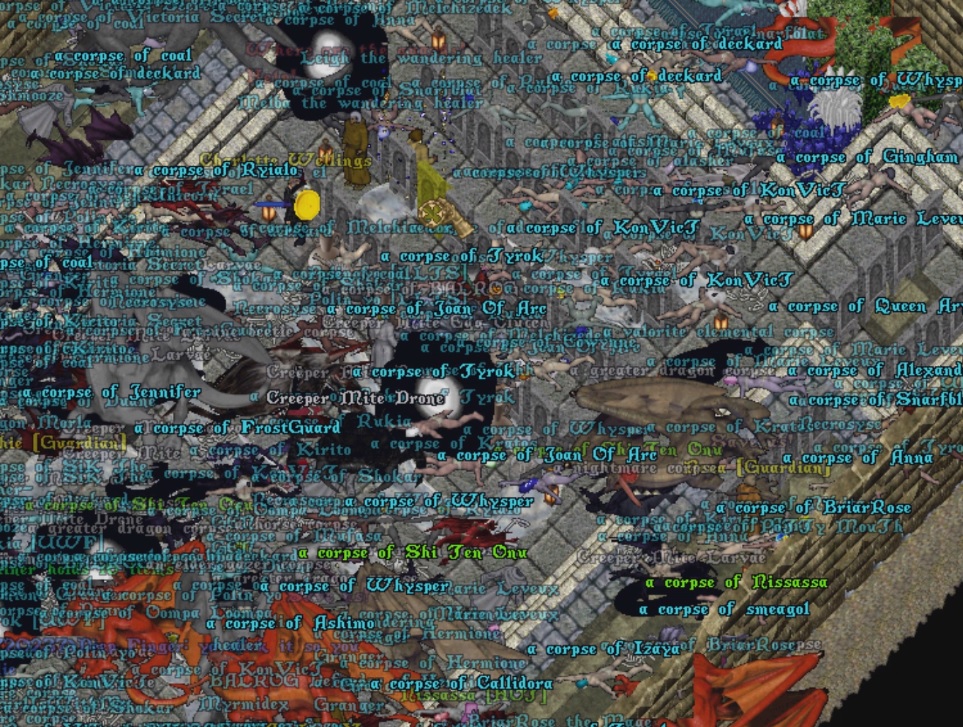 Instead of calling for a retreat and regrouping, she summoned healers inside the cavern. People had no choice but to use the healers to resurrect and instantly become mince-meat to the Creeper Mites once again!

Only after throwing themselves into the meat grinder (as it were), were the Crux Ansata able to overcome and push forward into the dungeon. Along and at the end of a corridor the guard encounter Creeper Mite Infestors. 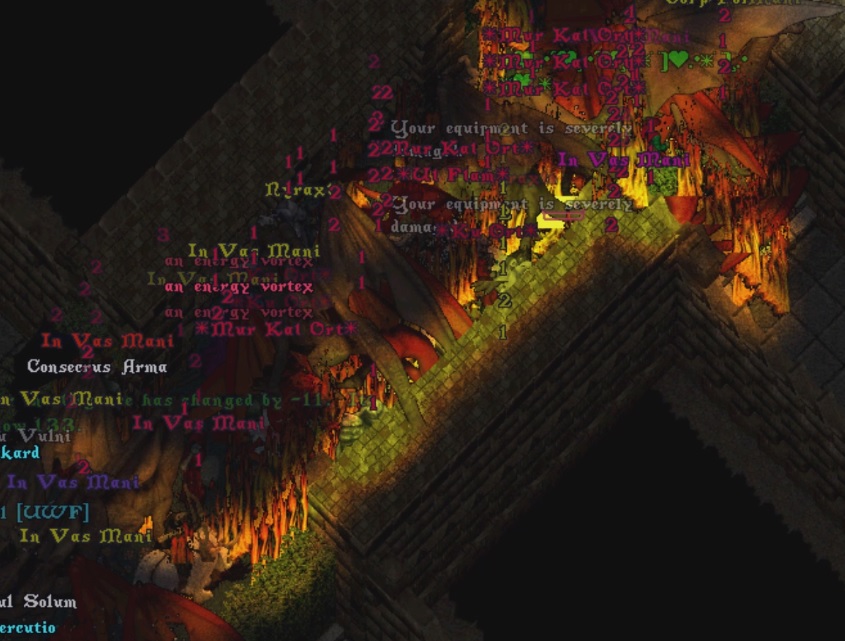 They spit fire on the ground that burned hotter than any normal fire field. This fight was a bit easier due to the guard having grouped more closely together. But this was more due to the tight hallway than any leadership by Lady Wellings.

How can King Blackthorn allow someone so young and inexperienced to lead the Crux Ansata? Has he lost his mind? Be sure to give him a piece of yours the next time you see him!