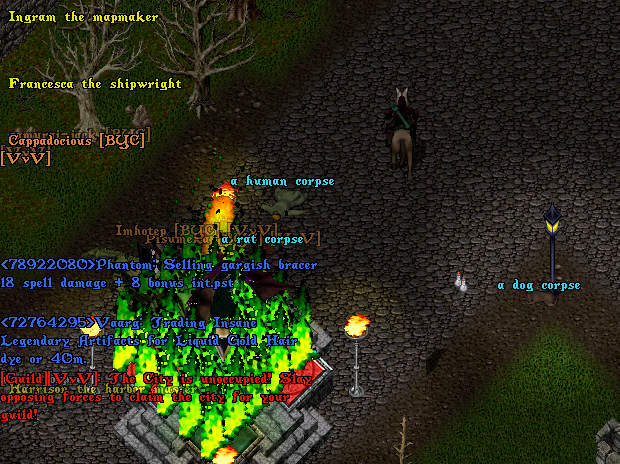 I had a lot of fun last night. I played UO for the first time in many years. Got to catch up with some old friends. Was very happy with the video presentation layout I setup. But there were some challenges:

All in all I think things went as well as couple be expected. My first day back playing UO: couldn’t remember my macros, using a different keyboard, loud music playing in my ears, trying to keep talking the entire time, trying to lead a team of out of practice players, and fighting stealthing dismount ninjas who outnumbered us two to one.

I am going to do another stream this Friday, October 17 starting at 7PM EST. It is just going to be me going through a bunch of stuff in my houses and reminiscing about where it came from. I hope some rare collectors will be on to chat with.

The following weekend on Sunday October 26 it will be the big breakout VvV event of Atlantic. By then we should have several HOT ready to go do battle. There will be giveaways again and the 100 million gold chase sequel.

See you next time. Have a Nice day.

One thought on “Things Learned From Streaming”