Some people may have noticed in the past few weeks I have been largely absent from doing Friday Night Rants and Powerhour shows and other UO things. Unfortunately I am taking a break not on of own accord.

A few months ago I was playing a lot of Overwatch. Probably more than I should have been. At the time I felt completely fine for several weeks. When I started getting pains in my wrists/hands/fingers I immediately cut way back on computer use and discontinued gaming. Unfortunately it was too late and my carpel tunnel symptoms have continued to worsen despite cutting back on overall computer usage by 80-90%.

I tried to be proactive and went to see the doctor almost 2 months ago. I’ve been dealing with this for 10+ years and knew what was going to happen. Instead of doing the same treatment as last time they have been jerking me around seeing all these specialists and whatnot. It is a complete joke.

It hurts a lot. But that does not really bother me. The problem is a couple days ago it got to the point where I physically could not write for periods of time. Not because of pain but because my fingers would not move the way I wanted them to. Which is a huge problem because I basically can not do my job. Even typing this is quite painful, each key press is like a needle poking my finger.

So I’ll be out of commission for an extended period of time. How long it will take to get back to normal depends on me navigating the incompetence that is the American healthcare system.

All of these also have live commentary, which make them more interesting in my opinion!

Catch me live streaming multiple nights a week at http://www.twitch.tv/jcthebuilder

Have You Seen Beldin the Dwarf? He is the former governor of Minoc.

He, along with his dwarvern brethren, were noticeably absent from yesterday’s governor meeting. There was no representative from the city of Minoc at the meeting. The other city governors recall last seeing him weeks ago. A search of Minoc and the surrounding mountains turned up nothing.

If you see any Dwarf, first ask if they are in fact Beldin Blightaxe. If it is not Beldin, then ask where he can be found. If the suspect claims to not know the location of Beldin, be sure to apprehend them because they must be lying.

If you have any information about a Humanist’s plot to get back at Beldin for kicking them out of Minoc, please send it our way! 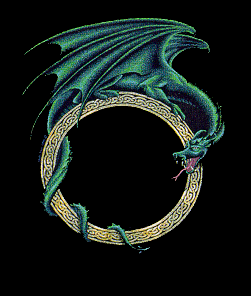 I am in the process of making a video game. There are a few things I should clarify right off the bat:

Now that those points are out of the way, here are some tidbits of information.

The game, for all intents and purposes, will not have an instruction manual. The introduction sequence is designed in such a way to get you started. Everything else you have to learn for yourself or from others. The game is all about exploration and discovery. Whether you share those discoveries or horde them for your own benefit is up to you.

It is my goal that you should be able to make an impact on the game world, however big or small. You could discover something that will affect every other player in the game. Or you are one member of a group doing amazing things. Or you could just wander along your own quiet path. To that end, there will be unique items, abilities and more that a single player can find or create. You could end up doing things that no other player has any idea how it was done unless you tell them.

At Your Own Pace

Earlier I stated this game is not meant to compete with any other. That is sort of true and false. The goal is a player could spend a couple minutes a day or week to progress. But if you want to spend hours doing things, then you can. It will always be available on your smartphone if you have some downtime during the day and want to do something real quick. You could label it a “casual” game, but I don’t want to because of the negative baggage that brings. Maybe it could be put as: you get out of it what you put into it, but just a little can get you a lot? ………..next section please……..

You said smartphone……..is this another Clash of Clans clone?

Yes! Actually, no. It is nothing like Clash of Clans. Or Bejeweled. Or Minecraft. Or Pokemon Go. Or Candy Crush. There must be something sort of like it out there but I am not aware of any. It is going to be a MMORPG and you can access it on your phone. That is all I’m saying at this time.

There are going to be things about this game that no other game has done (to my knowledge). I already mentioned one: no manual. In fact the game may not even have a name. While updates and expansions will be done, there may be no details on what was added. The core philosophy is for players to discover everything. Your game screen or HUD may have things on it that other players have no idea about! I can already imagine all the problems and accusations of cheating arising from this. It is going to be a lot of fun.

The current plan (subject to change of course) is free to play with micro-transactions. I know, I know. “JC, I was with you until this part.” The reality is to produce a video game, especially a continually updated MMORPG with such ambitious plans, it needs to generate revenue. I can promise you that the way this game generates money is not going to be anything like you’ve seen before. I’ve already outlined some radical ideas about how this game will work. One of them (THIS IS NOT A PROMISE) may even be a hard limit on how much a player can spend per month, such as $20. If you know of any other game developer in history that has stated they had an idea to limit how much a player can spend on their game, I would like someone to send me that link. Basically, you have to trust me on this.

This game is currently in the design phase and I’m in the process of hiring talent for it. I estimate (ALSO NOT A PROMISE) it will take about 6-8 weeks to code. My goal is to launch (not beta launch or “early access”) early next year around February-March 2017. I want to stress again that this is a tiny team making an independent game. The designs are ambitious but the implementation needs to be practical.

How does this affect your UO time?

This is not meant to replace the games I play, including Ultima Online. The goal is to turn this into my new job. If this is a success then it will allow me to do more in the UO community. My life currently revolves around my full time job. I would like nothing more than to go back to how things were ~10 years ago. But the cold hard reality is people need to make money and I have expenses to pay every month. A successful business will free me up to invest more time and resources into hobbies such as UOGuide. 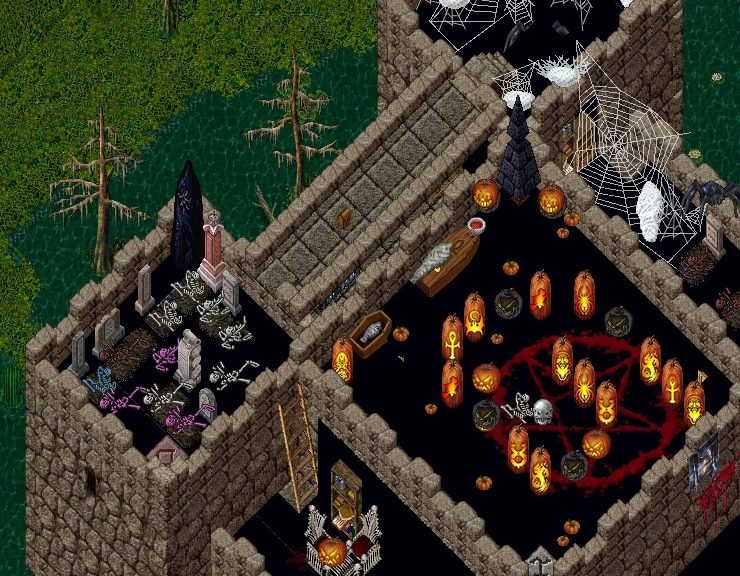 Lady Lavender, Governor of Yew, is putting on the annual Halloween Maze event sponsored by the United We Fight guild. The event will take place on Tuesday, October 11 at 9pm EST. The goal is to navigate through multiple houses using teleporters to reach the keep roof.

Gates will be open in Luna, New Haven, and West Britain Bank shortly before the event begins. Here are some tips to help your navigate the maze:

Hope to see you there!